In conjunction with our Human Rights Conference we screened two films, with introductions by the filmmakers, and a Q and A session on each film.
���
Thursday, March 17th, 7.30-9.30pm
Ilott Theatre, Wellington Town Hall
Gold coin donation

ASSUME NOTHING focuses on the art, photography and performances of New Zealander Rebecca Swan and four other ?alternative? gender artists of Maori, Samoan-Japanese, and Pakeha-European descent. Directed by Kirsty MacDonald, it poses the questions: "What if ?male? and ?female? are not the only options?? ?How do other genders express themselves through art?"

COURAGE UNFOLDS seeks to educate communities, mainly in Asia, about how and why the Yogyakarta Principles need to be used to promote human rights and protect people from violence and discrimination on the basis of their sexual orientation, gender identity or gender expression. It also seeks to inspire LGBT people who are not activists to get involved and fight homophobia and transphobia in Asia, and help Asian LGBT people living in the diaspora to feel solidarity with LGBT activists in Asia, and support their struggles for human rights. Filmmaker and conference international keynote speaker Grace Poore will introduce the film.

All attending the Conference or registered for the Outgames, together with the wider Wellington LGBTI communities and friends, were most welcome. 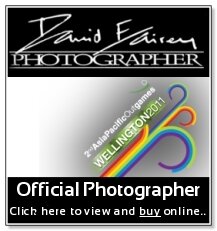